It is traditional to do things to mark the passing of the year, which I frankly like more than Christmas as its the promise of the new, and anything could happen and its all very exciting.

There are different ways of doing this. There is the lovely Mayfly Project, where you can sum up your year in 24 words, or you can make lists of favourite events or musical happenings, like lovely Mike, or you can tell the story of your blogyear like Gordon.

And I would very much like to do the latter, but I cant remember what I wrote and, as someone said the other day, my word count is quite high, because I write too much, so I didnt have the time. God knows how you lot ever do.

Anyway, I tend to have quite a strong visual memory more than anything, and thought that photos might be way forward.

So, having the memory of a lab gnat, I was reviewing my year by looking through my flickr stream, finding, on the way, that there were many things I had done and pictures I had taken that I never had time to put on there, so will be going back in time to do so. Yay! More procrastinationary measures!

Im lucky enough to have work which makes me travel, quite intensely and tiringly, generally, but amazingly all the same. And also this year Ive also had a couple of really nice weekends away with family and friends and things. So here is my year as represented by some of the scenery I have seen.

[You can click through to flickr to see any of the bigger versions of the pictures and where they were taken, they’re listed in the caption under the flickr version]Ive been doing more and more things to do with food. I dont know why, as I still dont really know how to cook – but I do know how to eat, and the enjoyment of complex flavours, textures, all of that – but good food (usually that someone else has made) is one of my favourite favourite things.

So anyway, this is a montage of some of my favourite food pictures of the year. Man I love food. This is making it difficult to lose a substantial amounts of weight, let me tell you.

[Again, click through to flickr to see any of the bigger versions of the pictures and where they were taken]

And finally, because I didnt want to get to the end of this post and have all the comments read But what about the kittens?! Here is my year as represented by various pictures of critters. 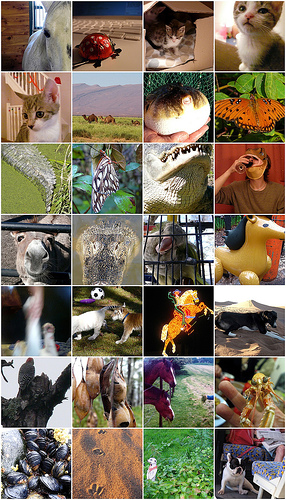 So thats my year. Oh! No, it isnt! It was, but then I joint-won A nice Post of the Year prize, for this post. Yay! Thanks to Post of the Week people and all who participated in whatever the participatory process was, it is, and you are, all lovely.

And HEY, people, its a New Year starting at midnight. Isnt that great? Completely blank slate.
So happy that, one and all.

Ive had a fucking incredible year, all things considered. So hurrah. Ill be back tomorrow with resolutionny things. But in the meantime, I am going to have a mainly computer-free evening, which, as it happens, is also one of the resolutions. So starting early, then. Well done me.