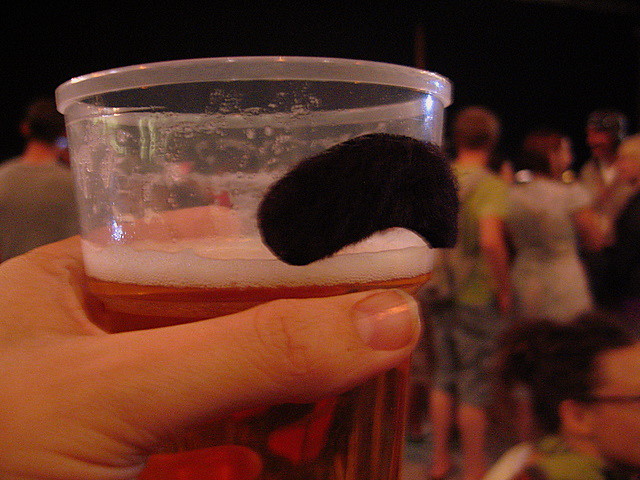 A couple of weeks ago, on a Saturday

Well, here we are, celebrating the glory of facial hair at the 2007 Beardy Tash Bonanza, being held, luckily for us, in Brighton.

Though the initial temptation had been to turn up for the parade and nothing else, we decided that since the next competition is not for two years, and then in Alaska, it was a life experience we could not possibly miss out on. For the first hour we were unsure about spending the vast majority of the day cheering men for their ability to grow hair where men are meant to grow hair, but after being presented with moustaches of our own, and realising that it was possible to sneak out and sneak back in with vast amounts of alcohol, we got very much more into it.

By mid afternoon, I was shouting COME ON NUMBER SEVEN BEARD! with the best of them, and by the time the finals rolled around I was rolling up to second placed mutton-choppers and passionately telling them that They Was Robbed, Mate. Which they seemed very pleased by, even though I couldnt put my finger on a direct German translation of the phrase.

Anyway. Weather is outside, but generally overcast and mild. Wish you were here etc.

PS – here is proof that we were really there at all. 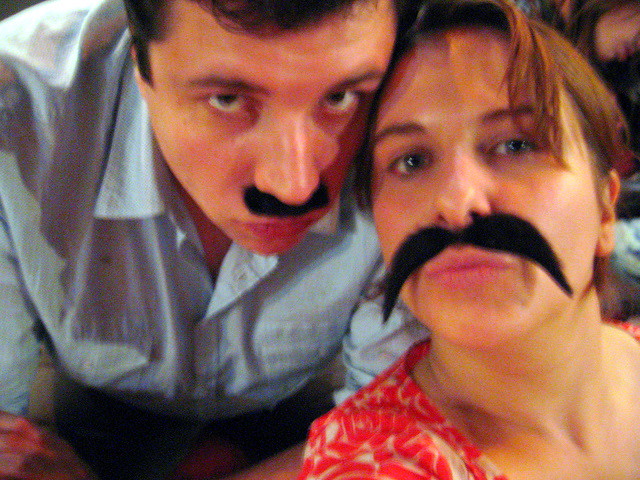 And here I am being sad. I am sad because my moustache is losing its essential glue. 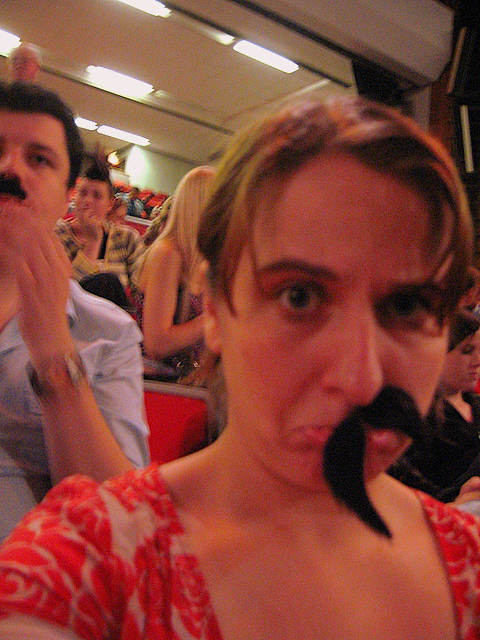 I think it is the saddest face I have ever pulled.